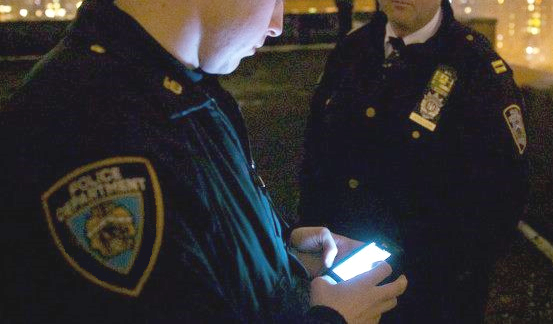 If you are under twenty five years old the chances are that the only kind of cellphone you are familiar with is a smartphone. Those of us older remember the cellphone as being little more than just a phone. It may have saved contacts, SMS messages and call times, but little else. After all, it was just a phone, and that’s what it was for.

Today there’s a treasure trove of data in each person’s phone, some of it showing personal information and intimate details that one wouldn’t want to be released to the public.

We’ve seen police attempt to crack phones that belong to living suspects with little success, but what about dead people? There is a bit of precedent here, as police in Miami used a dead suspect’s finger to try and unlock his phone to search through it on April 20th, 2018. The legal territory here is very murky.

Most countries tend to agree on how they treat deceased individuals’ property or bodies. Therefore, when a crime occurs resulting in the death of a person, their body is an essential piece of the puzzle and usually comes into the possession of authorities attempting to investigate the crime. This means that funeral plans may be put off for a while.

But What About Personal Property?

If police investigate a crime that involved a death and the person who died had a phone on their person, that phone enters evidence like any other object. In most countries, it’s pretty much cut and dry: human rights apply to living persons, period. But legally, authorities have little to say about those who are dead, as they can no longer have agency or rights as a living person.

So, from a legal standpoint, what the police did in Miami is perfectly fine. The way they proceeded, however, was rather unorthodox.

Rather than taking the fingerprint at the scene of the crime, police went to the Sylvan Abbey Funeral Home with the suspect’s phone to press the corpse’s finger against it. It bears mentioning that this was done some time after the suspect died.

They managed to recover the phone only a day after the body was transferred into private, family custody. Obviously, this made for an awkward encounter with the family and the funeral home. However, as far as the letter of the law is concerned, they still didn’t break any rules.

If the phone were inside the suspect’s house, the police would have needed to obtain the consent of the person that now possesses that property (unless no one inherited it) or a warrant. If it were a rental property, they would need this from the landlord. In both cases, if the scene of the crime was in the suspect’s house, the police could just take the phone into evidence.

As far as the fingerprint is concerned, a dead person does not have corporal rights, so it’s fair game. Confused yet? Most legal jurisdictions are as well.

Does Fingerprinting After Death Even Work?

The short answer to this question is “no.” Once a body loses its conductivity and warmth, it can no longer trigger a fingerprint sensor. For a smartphone to maintain its compact size, it uses something known as a capacitive scanner, which needs a certain amount of electromagnetic energy to work. There are tiny capacitors in your phone meant to detect even the slightest changes in electrical charge, which light up as soon as ridges from your fingertip touch them. For this to happen, you need to be alive.

The police officers who attempted to use a dead body’s fingertip to activate the phone might have been disappointed to see that their method didn’t work. But this doesn’t mean that a person’s fingerprint-locked phone cannot be unlocked after they die. By making a mold of the body’s fingerprint, authorities (who are very much alive) could still access the person’s phone by placing that mold over their fingers.

We’ve seen spy movies where a person used thin, peel off fake fingerprints to gain access to some super-secret room, or machine, or some other gizmo. It’s that kind of process that is real, and can actually be a tool for law enforcement. But cutting off a finger and taking it with you to another location to gain access through its fingerprint – well, that won’t work, unless it’s in a movie.

It’s highly unlikely that you will end up in the same situation as Linus Phillip — the suspect in the case we discussed. But most of us have things we’d prefer to remain intimate, including sensitive information we wouldn’t want to get into the wrong hands.

In those cases, I’d suggest using a slightly “retro” invention: a password. In most cases, this could be more secure even while you’re alive! Cracking a password is much more difficult than faking a thumbprint or ‘slide-code’ on your smart phone.

The FBI vs Apple

Remember the 2015 mass shooting in San Bernardino, California where fourteen people were killed and twenty-two others were injured by a married couple, Syed Rizwan Farook and Tashfeen Malik?

Although both were killed in the attack, Farook’s iPhone was recovered during the investigation, but the FBI was unable to access its information because of its security features. The National Security Agency was unable to break into the phone, so the FBI asked Apple to develop a new version of iOS to disable the security features.

Apple refused based on policy. The FBI tried to force Apple to comply through a court order, and Apple announced they intended to oppose the order. They feared that creating such a backdoor would pose security risks towards their customers.

Eventually the FBI dropped the case because they found a third party who was able to help them get access to the phone’s data. It was later reported that the third-party company was Cellebrite, an Israeli company who does perform such services.

Obviously, passwords do actually work, if they are crafted in a secure manner. While finger print and facial recognition may seem more convenient, their security is very questionable.