Skip to content
April 30, 2018 TechViews.org Tips & Hints Comments Off on How Do Power Cuts and Surges Harm My PC? 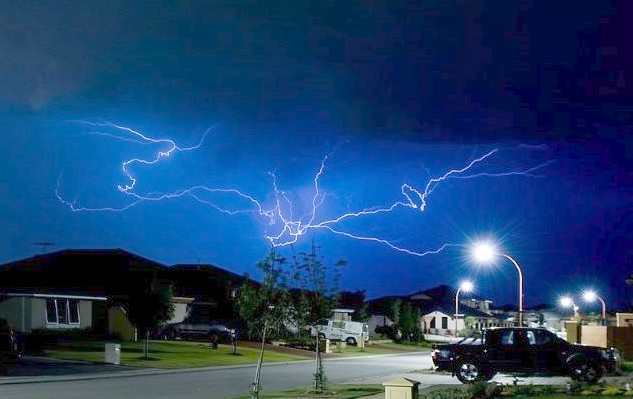 You are home working on your PC when a thunderstorm rolls in. You can see the lightning and hear the thunder. You know there’s a strong possibility that some electrically-caused damage could happen to your computer.

In fact, in the case of an electrical storm, you could experience either a power surge through the power lines running into your home, or a complete power outage if a nearby transformer gets hit. In both cases your computer simply shuts down.

If that’s happened to you before, you know the horrors and frustrations of losing all your progress. While you’re booting the PC back up, did you think what kind of damage may have happened to your PC? What are the consequences of either a surge or power outage hitting your system? Are these harmful for your PC?

To answer these questions, let’s take a look at what happens during both, how they affect your hardware, and how to avoid damage.

When a PC’s constant power is interrupted, its components lose the power to continue running. This usually occurs when a nearby transmission transformer gets hit by lightning, causing a whole neighborhood to lose electrical power. Or perhaps within your home, like a tripped fuse. This causes the entire computer to be shut off, regardless of where it was in its processes. The actual act of a shutdown is mostly harmless – after all, we do it to PCs on a daily basis – although in a more controlled process. That’s not to say, however, that a complete power-off shutdown is not entirely free of risks.

The most likely issue caused with a power outage is data corruption. If a power outage occurs just as you’re saving changes to a file, it will be permanently stuck in mid-save. This may corrupt some of the data in the file or make it un-openable. This isn’t too bad when you’re editing a shopping list, but if you’re doing work on an important work document or saving changes to an important system file, this can cause a loss of work or even render the operating system unusable until it’s fixed.

If you’re constantly suffering from power outages, one of the more useful things to do is to switch to a laptop instead of a PC. When a power outage occurs, you won’t have to worry about lost data, as the laptop will simply switch to battery power. This makes laptops the ideal choice when living in a neighborhood or housing complex with spotty power.

If a PC is needed for what you’re doing, you should get an Uninterruptible Power Supply (UPC) instead. These are like large backup batteries for your PC so that you still have power after the cut occurs. The batteries aren’t designed to keep your PC going for too long, but they give you enough time to save your work and tell the PC to shut down normally so your documents are spared from being corrupted.

While a power outage doesn’t do too much damage outside of potentially corrupting data, a power surge is a lot more deadly. These usually come on the tail end of a power outage when the power jumps back on, or are caused by something like a thunderbolt hitting the electric grid.

Every electrical item in your home has a specific threshold of how much power they can take. If it’s plugged into a socket and the socket is turned on when a power surge strikes, the device is deluged with an electrical charge higher than it can withstand.

If it’s a small power surge, these might cause a little excess heat or electric arcs which slowly degrade the components within the device over time. If it’s a large one, the power surge will be so strong that it will outright fry any component it touches.

Computer components aren’t the best at weathering voltages outside of their range, so a strong power surge through them will likely fry those components. It’s not unheard of for motherboards, processors, and graphics cards to be rendered totally useless after a power surge. This is why power surge protection is so important for expensive computers; one large surge can kill a PC instantly!

If there’s a thunderstorm occurring over your house, and you’re nervous about your power cables being struck, turn off all electronics and unplug them as soon as you can. Power surges can’t touch things that are unplugged!

In addition, go to your nearest hardware or electronics store and get a surge protector specifically made for electronics. Some look like power strips with a switch and a built in power-off fuse. Others look like small blocks that fit into the wall receptacle in your home. It’s really just a matter of taste and how much protection you want. These devices can also be ordered from online retailers such as Amazon.

Power outages and surges can both damage a computer in different ways and severities. Now you know how each one happens, how they can damage a PC, and how to avoid them.